Ask us about our 3 month special!

by admin
with 2 comments
Uncategorized
0

The Evolution And Power Of Social Media
When you think of Social Media, your mind automatically goes to Twitter or Facebook or another Internet platform, however, Social Media, in reality, has its roots MUCH further back in our history and has evolved over centuries rather than decades.
Human beings, being social creatures by nature, have always sought to build their interpersonal relationships through communication, as time as passed giving way to history this has also become true of their trading and business relationships.
Furthermore, in their creative and innovative nature, they ultimately began to start doing this over greater distances. Letters are the earliest form of this that we currently know about.
Emperor Augustus, who reigned from 27 B.C. to A.D. 14, built Rome’s first official postal service and was made possible via Romes well-engineered road systems, This was a vastly reliable and period-fast compared to our modern communications method further made possible by his large network of governors and generals.

Successors of Augustus would ultimately end up using his system, “cursus publicus,” (fast course) well into the future.  “Cursus publicus” were reserved for government officials, though private letters were usually carried by merchants and/or servants.
Augustus and his successors built 47,000 miles of roads and relay stations, most having a station master, accountants, grooms and mail carriers.
A “cursus publicus” was divided into two branches to expedite communication throughout the empire. As time progressed the service was often allowed to be used for personal reasons.
Pliny the Younger, period 62-114, was an example — he sent an apologetic letter to emperor Trajan.
Launch forward in time to 18th and 19th centuries, and while crude earlier versions of the telegraph were created, the first fully functioning telegraph would not be used until April 9, 1839. That is when Sir William Fothergill Cooke’s implemented his electrical telegraph in the Great Western Railway in Great Britain.

Come 1902, every civilized nation on earth was connected by telegraphs. As technology advanced,  communication and social interaction )previously being letters and telegraphs) gave way to the invention of the telephone which saw a steady decline from 211,971,000 telegraph messages handled in 1870 to 69,679,000 messages handled in 1920.

With the invention of the telephone and the radio came sweeping changes to the way our species communicated, received and relayed information, and indeed how we built or personal relationships as well as businesses.

Both technologies are still used widely today, while the modern versions are much more sophisticated. Telephone lines and radio signals enabled people to communicate across great distances instantaneously, something that mankind had never experienced before.
This period in our history was to create a cultural, economic, religious, personal and business relationship evolution also previously never experienced before.
By the time the swing era and second world war ended, we saw the creation of the first supercomputers, engineers and scientists started to create networks between those computers linking them together. This would set the ground work for and ultimately become the internet years down the road.

CompuServe was one of the first forms of internet, developed in the 1960’s. Primitive forms of the email also developed during this time. By the 1970’s, networking technology had improved, and in 1979 Usenet allowed users to communicate through a virtual newsletter they had created.
Technology, now advancing in leaps and bounds having already made a distinctive impact on global economic, governmental and corporate business growth, was now starting to become available to residential users. The 1980’s saw home computers becoming more common. Social media was becoming more sophisticated; thus, it was beginning its own evolution. Internet relay chats, or IRC’s, came into being in 1988 and continued to be popular well into the 1990’s. They are still used today by some small groups of people.

Six Degrees was the first real Social Media website. It was created in 1997 and enabled users to create a public profile, make friends and network with other users. The first blogging website, links.net, was created by Justin Hall, a student at Swarthmore College in 1994. At the time they were not called blogs, but instead, “personal homepages”. It would be a few more years until the term “weblog” would be coined, giving way to an internet sensation still very popular today and used by companies to promote and market their businesses. Many companies now pay bloggers to sample and write articles on their products and services. Blogging is also used to educate and teach various skills as well as just to share average peoples’ passions and hobbies.The most popular of which today is “vlogging,” or video blogging. One has to wonder what the next evolution of this practice will be….

Now we have an ever increasing online presence of Social Media platforms like Facebook, Twitter, Instagram, and a host of others.
The technology advancements seem to be happening every other month now with no end in sight or slowing down — indeed things are only getting faster.
This has given rise to completely new industries, as corporations, governments, small and large businesses, and even the regular Joe on the street, all vie for a piece of the financial pie, knowledge attainment, and attention that this ever-expanding aspect of the human-hive-mind-collective offers.
Never before in human history has so much information been so readily available at such light speeds. Never before have we been able to share our cultures, our knowledge, our experience, and experiences.
Social Media has also become the proving ground for global activism and social justice, bringing information to the light that some in high places would much rather the global community not be aware of at all. This has had a cascade effect on some Fortune 500 companies, affecting their global stock prices and forcing them to change their business practices towards more social responsible practices.

Social Media activism is creating a new age of better informed, more socially responsible adults and empowering many to rise into positions of power to exact global social justice, agricultural, democratic, economic, spiritual, health and corporate change.
Everywhere its impact can be seen with corporations switching to organic practices and products, and cheap chemicals being replaced with natural and health happy alternatives. Organic food and supplement stores opening, naturopathic clinics, new forms of democracy taking seed and community empowerment organizations.
The same changes are happening in the way businesses advertise and promote/market their services and products. Their focus has switched from TV commercials and radio to a greater emphasis on the internet – YouTube commercials, Facebook and Twitter ads, and other social media platforms, as well as the hiring of specialized social media managers and marketers (much like the one writing this blog).
Wondering why we are called Finley Media Solutions? perhaps another stop or two? 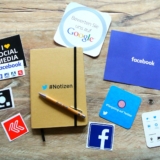 William Leeman
Independent Entrepreneur and Owner
Born in Nova Scotia, Canada, Will has lived in and traveled to many countries, soaking in their culture. An activist at heart, Will spends his free time (ha, who are we kidding, what free time?) advocating for human rights and teaching his daughter how to navigate the modern world.

Send Us a Message